Two Out of Two

The Division 1 took their second title of the season when they won the T20 final on Thursday night, a trophy that will sit nicely in the cabinet beside the 1-Day title that they won prior to Christmas.

The final against Heathcote was at Hagley with all the other T20 grade finals being played around them. Heathcote won the toss, and perhaps surprisingly, asked Sydenham to bat on a wicket that looked a good one despite a number of over 60’s matches played on it during the week. Sydenham didn’t start well when stand-in captain Dave Simpson went early with the score at 1, but the next three batsmen then really set up the innings. Tom MacDonald and Pankaj Bhagat initially put on 58 for the second wicket at just over 7 an over, and when PK was gone for 20 off 22 balls with the score at 59-2, Josh MacArdle joined Tom and carried on the momentum with a partnership of 32. 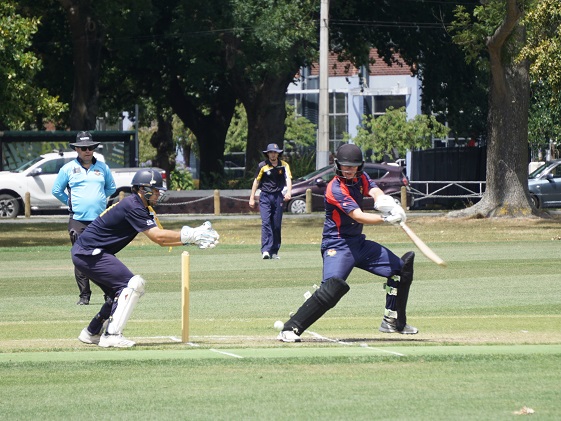 Tom McDonald hits behind square during his Man of the Match innings of 50.

Josh looked in good touch but was unfortunately run out as risks had to be taken later in the innings, and the batsmen that followed all played short hard hitting innings, Matt Day (15 off 14) the best of them, as they looked to maximise the final total which eventually closed at 144-7. It was an innings that always had early momentum thanks mostly to the performance of Tom MacDonald who came in at the fall of the first wicket and was second last out. Tom’s 50 off 47 balls was a good mix of well placed ones and two with the occasional boundary when needed, and he was fully deserving of the Man of the Match award that he received after the match. 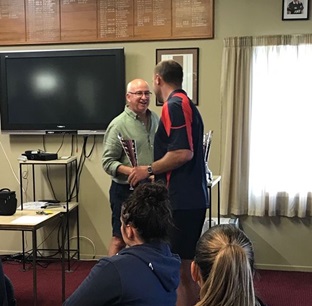 There was confidence that 144 would be enough if Sydenham could maintain its recent bowling form, and so it proved. Although the Heathcote opener Garry batted well for 60 off 50 balls, Heathcote never really got into a favoured position in the run chase. The Sydenham bowlers generally held Heathcote in check, none better than Preetham Pagadala [3-3-14] and skipper Dave Simpson [4-2-19], but all the bowlers went well with none above the required 7.2 run rate. Heathcote’s innings eventually closed at the end of the 20 overs with the score at 121-7 to give Sydenham the win by 23 runs. 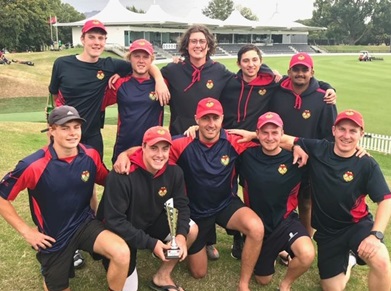 With the available two titles now in the cabinet, the focus for the Div1 boys goes back to the 2-day competition and the main challenge of the season, trying to win promotion.