The Cardinals secured one of the biggest wins in their history. Having been changed from the Waltham Superdome to the SCG the Cardinals were high on the excitement of once again playing at their home ground.

Batting first, against an extremely lippy Hornby team, the Cardinals smashed 262 for 7 off their 40 overs. Craig Ross scored his first every century in Sydenham colours with 122 including 10 4s and 10 6s. Ross shared in a 120 run partnership for the 5th wicket with Jamie Livingstone, who finished on 67. The total of 262 for 7 is the highest in the Cardinals 7 year history.

The Cardinals were extremely confident going into the field and were very keen to give Hornby some of their own medicine. It worked with Hornby falling apart for 80 all out. Again Ross was the leader taking 5 for 25 off his 8 overs. He was supported by Ben Larter and Livingstone taking 2 wickets a piece with SCC Legend Bert Walker, on debut taking a wicket to wrap Hornby's innings up. A 182 run victory to the Cardinals which was celebrated in usual fashion with some Old Mout Cider.

Craig Ross's all round performance has got to be one of the best the SCG has seen in years. It will go down in Cardinals folk law.

It was also exciting to see the legend Bert Walker finally making his Cardinals debut after years of promising to do so. Bert has also taken on the responsibility of being the Cardinals Patron, which the Cardinals are extremely pleased about. They are looking forward to more Bert Walker one liners.

This was a great victory which was a fitting way to remember one of the Cardinal legends, the late Alex "Willow" Wilson, just over 2 years after he left us. 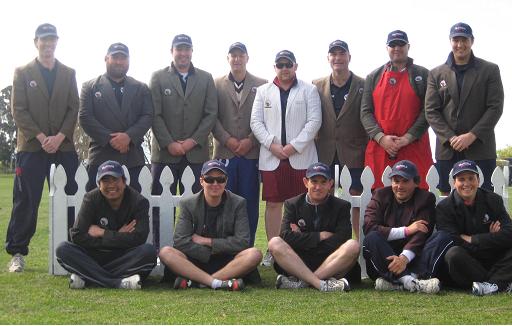