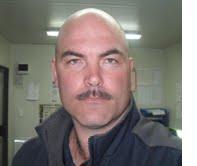 The Cardinals were looking to continue their fine form this week and strolled up to Upper Riccarton with great confidence. The games between these two teams over the years have been usually pretty close and Saturday was no exception.

After losing the toss and being forced into the field (not what the Cardinals like to do), The Cardinals started well, with new ball bowlers Ben Larter and Mark Murdoch keeping it tight to the openers. Murdoch with his leggies caused all sorts of trouble picking up a wicket and Larter also picking up a couple. Upper Riccarton batted out their 40 overs making 207/7.

Jared Mitchell and Michael Breuker opened the batting and blunted the new ball attack but unfortunately couldn't capitalised losing their wickets early. That bought together Tom Adams and Larter. The pair shared in a 196 run partnership to lead to the Cardinals to victory. Upper Riccarton had no answer to the pair, with Adams punishing through the covers and Larter over mid wicket. Larter bought up his century and finished 104* (7x4s, 7x6s) with Adams finishing on 74* (9*4s).

Larter picked up the Old Mout Player of the Day for his century and also for taking 3/18 off 8.

Another great win, 8 wickets one of the Cardinals finest.

The Cardinals are on a roll and they are playing some great cricket, so come down and support them. They will have a sausage and Old Mout Cider waiting.