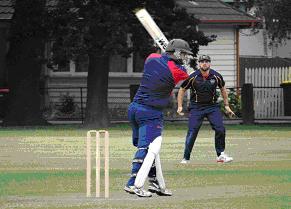 With the Prem Men and 2nds both reaching the semi finals of their respective one-day competitions this season there was much expectation leading into Saturday's matches.

However, both teams failed to fire on the day and thus to get through to their finals. 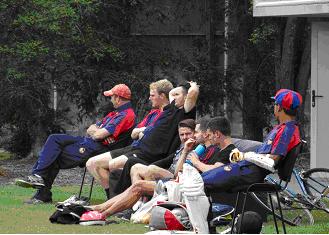 Unfortuntely the Prems saved an increasing rare bad perfomance for the semi final - after winning the toss and electing to bat, they were never able to really get into the match at any point. When opener Lane Tutty fell for 7 with the score at 13, what followed was a procession of wickets where we were quickly 42/4, 58/5, 72/6, and with no partnership greater than 16, we never managed to build the required partnership that would have put us back into the match. Opener Dylan Goldstone with 54 batted through much of the carnage and was the only player to get into double figures. But when he fell, run out as the ninth wicket, the Sydenham inning quickly folded to be all for 91. In contrast Lancaster Park Woolston had no trouble knocking off the required runs in 17 overs only one down 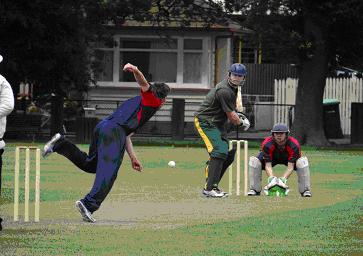 The 2As on Ilam No. 1 fared only slight better in their semi against Riccarton. Riccarton batted first and complied a respectable 215 with Chris Cooper the best of the blowing with 4/31 off 10. However, in reply Sydenham struggled with only Matt Day 31 and Rob Selbie 43 getting a score of note as we were bowled out for 143 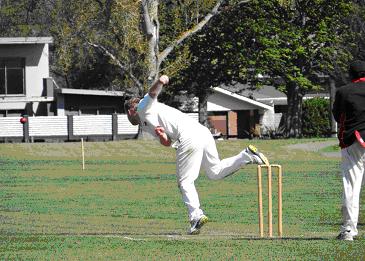 So it was a weekend where there was much disappointment for the players, but a couple of matches where young players would have gained alot of experience of the pressures of knock-out cricket. For the Prems in particular, who had beaten Park only two weeks earlier, there was the knowledge that on form they were otherwise well capable of going all the way, and for the 2nds, getting to the semis was a huge step up from the lows of the past couple of seasons. Semi disappointment, yes that probably describes it best.

In the afternoon grades the notable result was the win by the T20 Blues over fellow front runs BWU, and they now sit in equal top spot in that grade. The Goats also carried on their winning ways, having now won 7 of their last 8 matches and sit near the top of their table.