While Finn Loader's 71 last week may have kept the Prems in the match against Riccarton at Upper Riccarton Domain, it was Dylan Goldstone's magnificent 128 on the second day that rammed home the advantage to set up the chance of a win.

Ahead at the start of the day by 20 odd runs with two wickets in hand, Riccarton elected to bat on but quickly lost those last wickets to take a first innings lead of 33. The Prems then set about the task of creating a target with Dylan and Chad getting just past that lead before Chad's wicket fell. 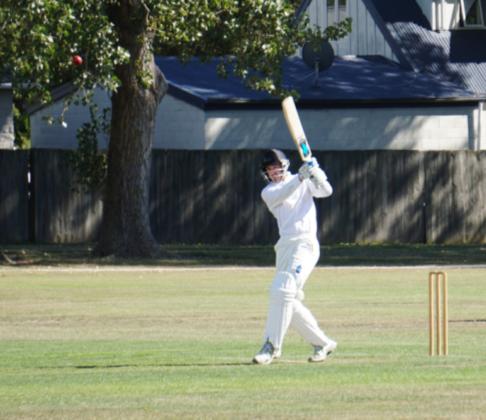 Finn and Dylan continued through to 79/1 before Finn, Harshal and Harry then all fell quickly by the time the score had reached 100. From there solid partnerships from Dylan in combination with Matt McCall, Matt Brown and Ryan Jones got the side through to 259/9 as everyone stepped up to enable a declaration. Dylan will rarely play a better innings for his side than this one in the context of what was required to keep Sydenham ahead in this competition with one round to go. His was a typically assertive innings, one that was required from someone, but it was also an intelligent and controlled innings where he navigated well the fiery spells from Hamish Bennett whilst also ensuring that runs were ticked along at the required rate. 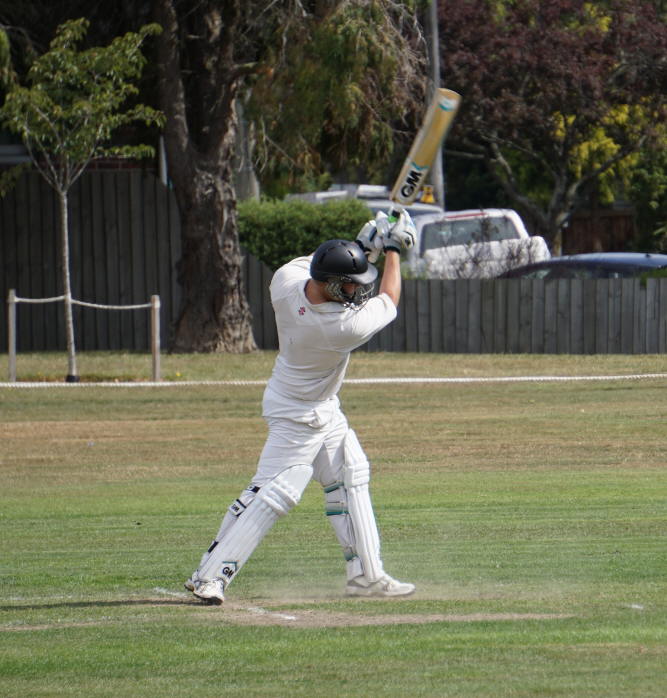 Dylan Goldstone on the drive

Set 227 to win at 5 per over, Riccarton again started the better but at 51 without loss, and time drifting on, it was Sydenham's go-to man Tom Agnew who got the break through, in fact a double one that Riccarton never recovered from. At 67/2 it was the slower men in Harshal and Harry who then did the damage from there with Harshal taking 3/63 and Chris 4/36, including the vital last wicket with just four overs to go as Riccarton were bowled out for 156, 70 runs short. 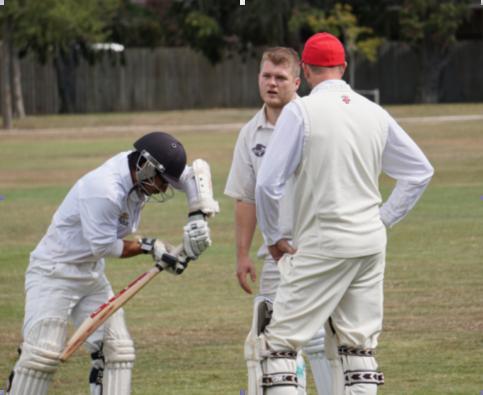 Dylan and Harry discussed tactics in the drinks break

So a fine all round team effort and a final round that now beckons with the title very firmly within reach if we can maintain our standards. Although It remains tight at the top of the table, in the final equation it would seem that Park are just slightly too are behind us, but BWU clearly have a chance to win it if they can take full outright points from our match with them - so our destiny is in our own hands and lets face it, No. 1 versus No. 2, you can't asked for a better finish to a competition than that. 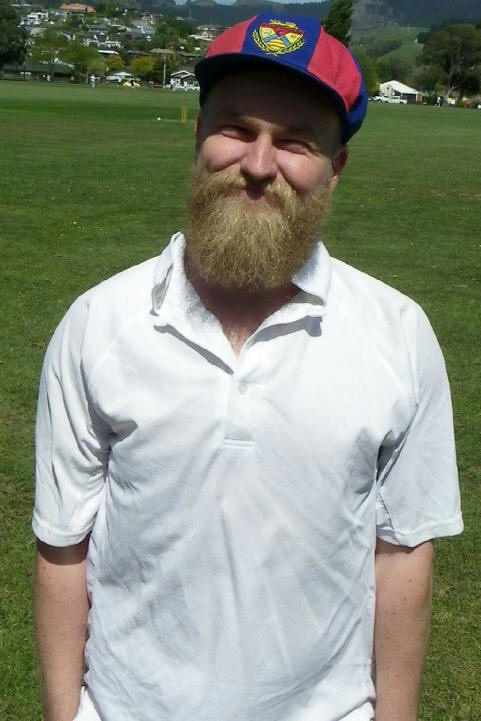 Patrick Clarke (left) shot to top of the Club bowling honours board this season as his 8/17 almost single handedly destroyed Heathcote efforts to overhaul the 3C Goats total on Centennial No.2. Earlier in the day Chris Ingram (only one of two afternoon grade cricketers to have scored over 500 runs this season) scored 34, and in conjunction with fellow opener Jacob Harrington with 29, were instrumental in getting the Goats through to 151 all out before Patrick wrecked havoc.

The Goats are now in the competition semi final next week.