Saturday found us at St Leonards Square playing Sumner in what we thought was a semi final of the top 6 section of our season.

Talking to the opposition this may not be the case so who knows what will happen next week.

The pitch looked great so Pat obliged by winning the toss and we decided to have a bat. This worked out great as Chris and Jake proceeded to hit their bowlers all around the park and at the 20 over mark we were 93 without loss and in a great position to push on for the big score we knew we would need. We finally lost our first wicket with the score at 117 when Jake was caught for 41 in the 24th over but Amos and Chris continued to attack. Chris didn't have to worry about the nervous 90's as he brought up his second century of the season with two 6's and a 4 of 3 consecutive balls and it was a surprise when he was dismissed. He managed to catch up with what would have been a (big) legside wide and found the only man on the boundary to be finally out for 117 with the score at 194. In the last 6 overs we lost 6 wickets in the quest for quick runs but got the score up to 227 which we were pretty pleased with. 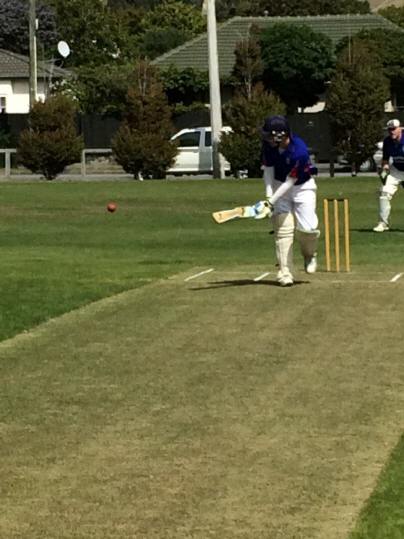 Sumner are always a strong batting side so we needed early wickets and Alex Brailey obliged by bowling one of their openers with the first ball of the innings. Chasing a big total they played plenty of shots but a great catch by Pat saw their pinch hitter dismissed and brought together Boyd and Turner which we knew was the key partnership to break. Pat, fresh of an 8 wicket haul last week, came into bowl and in his second over got the key wicket of Boyd with Rob taking another stunner at slip and then Turner LBW 2 overs later we were right on top. The next two batsmen continued attacking and at the 20 over mark they were 105-4, up with the runs but down some key wickets. Heath came in after the break and immediately had us on top by getting one batsman caught behind and the other finding Pat on the midwicket boundary although not before he had hit him onto the roof of the clubrooms and down Campbell St. After this the innings ended quickly with Heath ending up with 4-21. 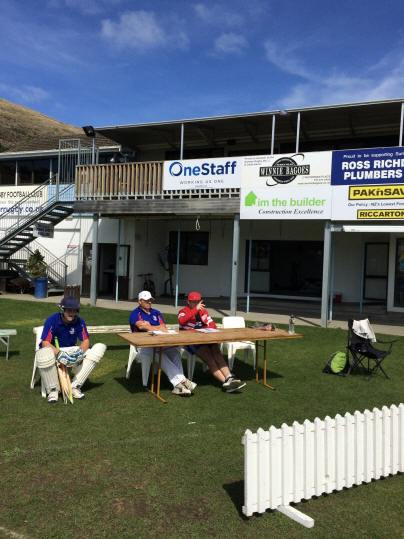 A decisive win built on a great opening stand, Chris's 117 off 100 balls and a good bowling and fielding display. We finished the day with a BBQ and a couple of drinks.

Man of the Match: Christopher Ingram