The Premier Mens were back on Sydenham No.1 as they continued their one-day campaign playing 3rd placed Riccarton. Harry won the toss and elected to bat and the team got off to a brisk start thanks to a quick fire 28 at better than a run a ball from Chad Bowes who was fresh off his innings of 155 for Canterbury mid-week. However, when Chad was out we were suddenly 38/3 and in danger of losing the initiative. From that point of the match Ryan Wallace took responsibility for the innings and carried on his good form since arriving in New Zealand to compile 68 runs off 101 balls and set the team towards a good total. 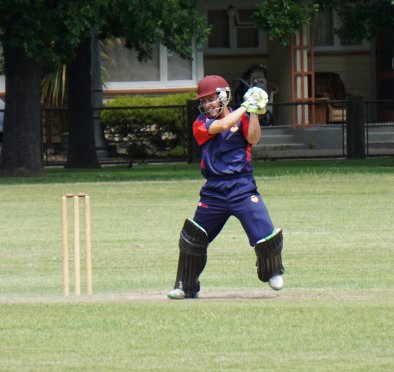 Ryan Wallace on his way to 68

He was ably assisted in a key partnership by Talor Scott who scored a quality 40, and although falling to a shot that he might have best saved for later, Talor had looked increasingly assured at the crease which bodes well for his season. Tom Agnew with 26 carried on the recovery and together with Ryan got Sydenham eventually through to 201 all out with a few balls left in the innings 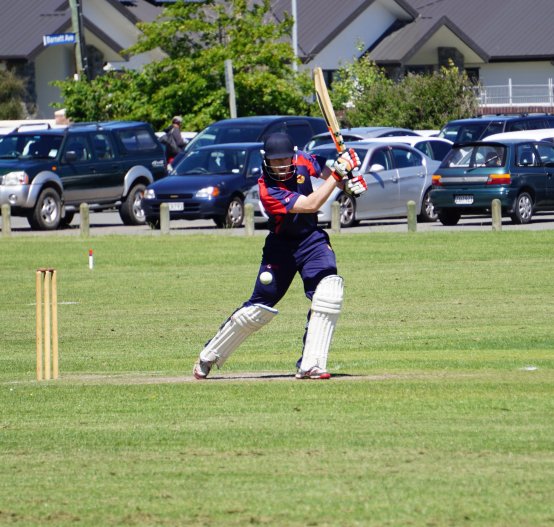 The total was felt to be probably enough on a slowish outfield but that thought was quickly questioned when Riccarton got off to a great start with Bartholomeusz's 88 getting them through to 104/1 before the second wicket fell. There were other middle order contributions but then from 135 to 157 Riccarton lost five wickets to be 157/8 and then 182/9, requiring another 20 from the last pair. The Sydenham bowling had struggled somewhat with an injury to Braden after three overs which saw Ryan Wallace to the crease to bowl some of those missing overs. But this was proving to be Ryan's day as he initially picked up three cheap wickets, and then with the last pair at the wicket needing just two runs to win, clean bowled the last batsman to finish with 4/7 and leaving Riccarton frustratingly that two runs short.

So matches don't often have much more exciting finishes than that, but it was a match where, although he may not always be the tallest man on a cricket field, Ryan Wallace stood head and shoulders above the rest in this particular one.

In other matches the 2As had Jamie Hunt to thank for a hard fought win over BWU at Burnside Park. Jamie's 6/27 was instrumental in restricting BWU's innings to 194 all out. The 2A's innings then got off to a shaky start but when Blair Brown's middle order 92 got them back into the game, Jamie's 39* at No. 9 took his team through to the BWU total eight down.

Premier Women's did not report their result details but are understood to have lost to OBC. Most of the other teams that did report unfortunately lost, including the Presidents Cardinals for the first time this season in the final over on Burwood No.1 when East's chased down our 206 with seven down. 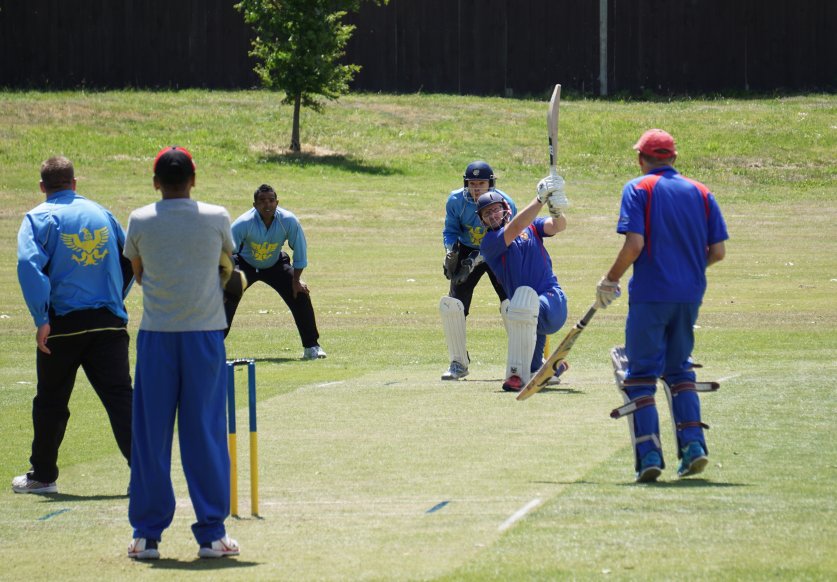 Brendon Laughton 77 launches one onto the East's pavilion roof

2C Suddenly Sydenham were also comprehensively beaten by Riccarton on Sydenham No.2 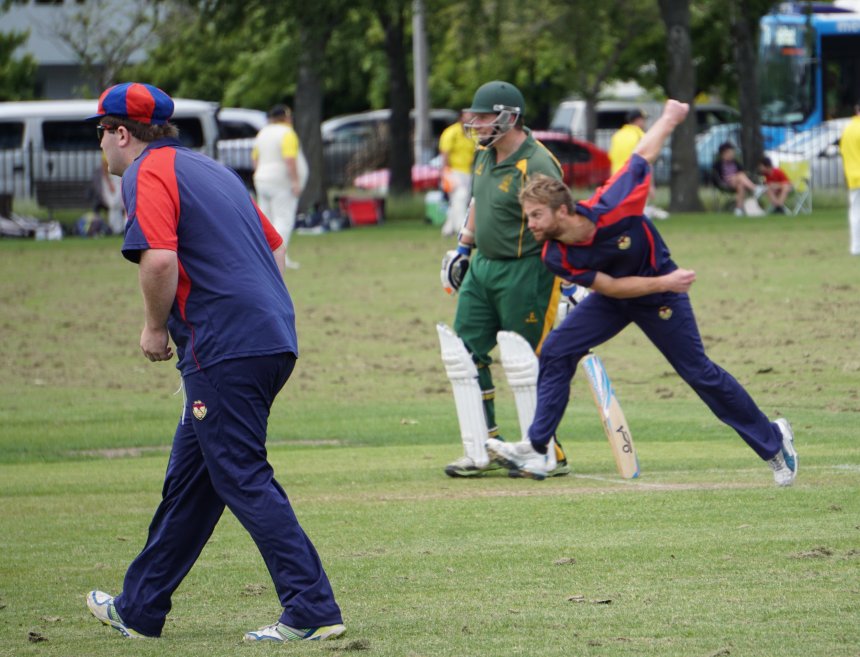