Premier Men into the T20 Final

On Thursday night the Sydenham Premier Mens team knocked out last season's championship winner St Albans to move through to the T20 final on Waitangi Day. In our first match on the new Hagley 5 wicket at Hospital Corner Sydenham won the toss, and with a preference to chase, asked Saints to bat first.

From that point on, and for the next three quarters of the match, Sydenham dominated as the bowlers immediately had St Albans on the back foot. The first wicket fell at 8, the second at 12, and when the fifth wicket at 35, leaving Saints were in that awkward position of not being able to really accelerate for fear of losing more wickets. Unfortunately the risks that they did take tended to be in the running between wickets which resulted in three excellent run outs by Chris Harris, Jamie Hunt, and none better than Lane Tutty's sprint out from behind the stumps to throw down the wickets to run out the opener Polson. 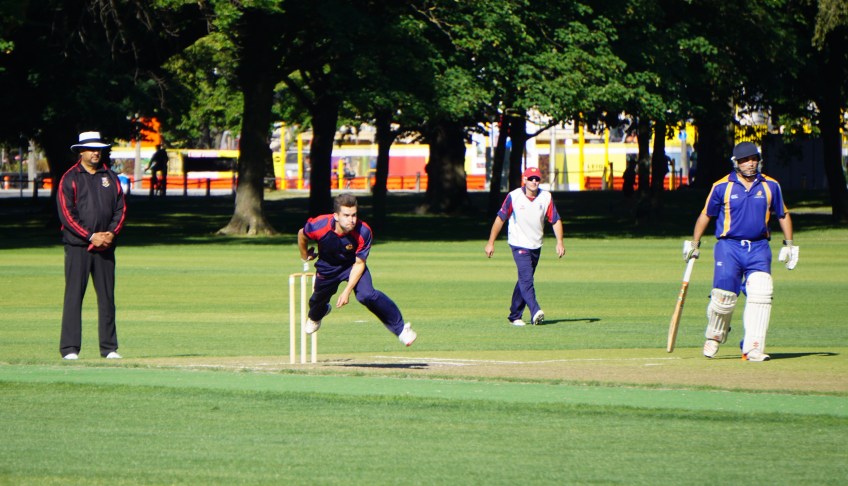 Tom Agnew was a part of an impressive bowling performance

Although one catch went down, the ground fielding and catching was generally excellent and maintained the pressure on Saints as the overs slowly ran down. It was hard to pick out just one bowler - Mitch, Tom and Harry all picked up a couple of cheap wickets each, but all the bowlers contributed in keeping the run rate down with most going for only 2-3 per over in a T20 match. When Harry cleaned out the no. 11 first ball, the St Albans innings finally closed at just 81 off the 19 overs bowled. 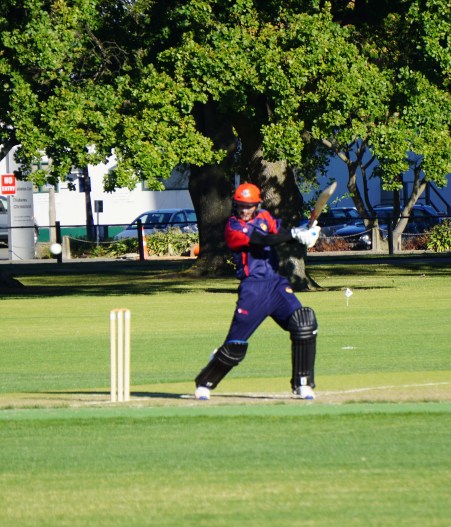 Although both were respectful of the modest four per over required run rate, nonetheless the runs flowed freely and safely, and after the first six overs Sydenham had reached half the target at 44 without loss. However, from point any comfort the Sydenham supporters may have had slowly disappeared when Chad was dismissed [27 off 21 balls], and then the numbers 3 through to 5 came and went contributing only two runs between them - then Dylan who'd batted soundly [20 off 21] also fell. 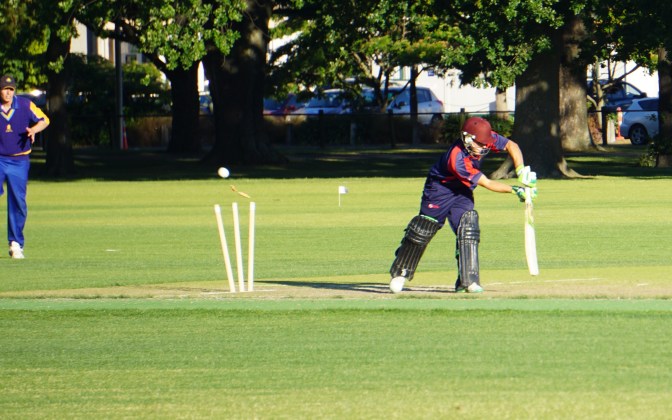 Ryan Wallace has a rare miss

Suddenly we were 68/5, and worse still when Chris Harris also went early, 68/6. However, in truth there was still only another 14 runs to get with four wickets in hand and a required run rate at that point of less than three per over - the degree of nervousness was probably more of a reflection of the importance of the match rather than solely the state of the game.

From there Stu Naden showed alot of experience in steadying the ship, and in conjunction with Jamie Hunt, chipped away at the total. Saints efforts were not helped at a critical time by one over that conceded seven wides, eleven in total during the innings. Jamie again impressed as a young man who can handle the pressure, and his calculated lofted shot over the St Albans field when they brought up to pressure the batsman, probably got one of the biggest cheers of the evening. The two of them finally got to the 82 in the 17th over, and with it, Sydenham into the final.

The Prems now play that match against Lancaster Park, who beat East Shirley in the other semi, back on Hospital Corner on Waitangi day at 2pm. We urge all club members to come on down and support the boys as they attempt to win the T20 for the first time since 2008. Before then, on Saturday the Prems resume their 2-day campaign, in which they currently sit at the top of the table with OBC, with a match against BWU at Burnside Park