One of Those Days

There are days in cricket when the conditions prove to be decidedly in one team or others favour, and on those days when you're the one on the receiving end of it, all you can hope for is that one or two of your team mates play out of their skins, or alternatively the opposition fail to capitalise on the situation - unfortunately none of those two occurred on Saturday as the Prems recommenced their defence of their two-day title against BWU at Burnside Park.

With hot overcast conditions, and on a slowish pitch at Burnside Park that had more than a ting of green to it, both sides were keen to win the toss and bowl first, in fact desperate to would be a better description as it turned out. The Sydenham openers started cautiously but it was obvious early on that there was much difficulty to be had in trying to lay bat on ball. With the ball swinging prodigiously, and nipping back a bit on the seam, it was almost a surprise that it only took until the 6th over before Dylan Goldstone was gone with the score at 14, and then one run later Stu Naden followed him as he shouldered arms to one that came back.

Wickets fell regularly with only Ryan Wallace [41 off 80 balls] at no. 4 managing to bat through much of the innings until he was the last man out when he was forced to hit out after seeing Mitch Gardner came out at No. 11. 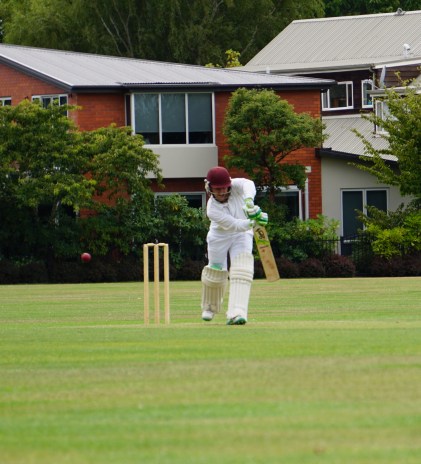 Although Sydenham were eventually bowled out for 90 right on lunch, this wasn't the typical embarrassing effort of 3-4 years ago which would have been as much a reflection of careless stoke making rather than just the conditions. In this inning at least a couple were bowled without playing a shot as the extent of the moving ball was starting to become apparent, and the bulk of the other wickets fell to defensive shots as all the batsman strived to hold the innings together.

And then right on lunch time at the end of the Sydenham innings the cloud lifted, and over the remaining hours green started to turn to brown, and the pitch into a road. Although BWU lost an early wicket at two when Mitch cleaned out an opener for a duck, BWU then set about getting a big score. By the 25th over they were 169/3, and when Mark Farrant strode to the crease at no. 7 he proceeded to put BWU into an even more powerful position with a hard struck 68 runs off 63 balls. Towards the end of the day as the heat wiltered some of the bowling and fielding, BWU accelerated the run rate and eventually declared at 301/8 with a commanding first innings lead of 211. Sydenham then had 40 minutes to survive until stumps, and despite Dylan getting his helmet knocked off by one bowler, both he and Matt batted through the period with some skill to 25/0 at the close in what would have been considerably easier conditions than what they had experienced in the morning.

But all due credit needs to be given to BWU for their performance on the day. At times their bowlers seemed unplayable, especially Matt Farrant with 4/29 and MacDuff with 4/16, and their batsmen played beautifully in the afternoon to reinforce that dominant position. The situation now leaves Sydenham with one very clear objective for next week, bat out the day and see what develops.

But tomorrow is another day, literally. Prems now look forward to Waitangi Day's T20 final at 2.00pm on Hagley 5 at Hospital Corner where they take on Lancaster Park for the title. We again urge members to come down and support the team.

In other matches the Prem Woman had a narrow loss to LWP after the opposition batted first and scored 115/2, and then Sydenham just falling just short with 111/4 despite Carolyn Esterhulzen's 60. The Division 1 ladies continued on their winning ways beating East Shirley at Somerfield to complete their 5th straight win. Isla McKenzie scored her third not out in successive matches with 50* in the team's total of 154/3. Easts could only struggle to 95/5 in reply.

Other winners were the 3B Goats who had a win against Heathcote at Centennial Park. After bowling the opposition out for 120 thanks to Michael Nicolson's 6/18, they then chased that down for the loss of eight wickets with the major contributor being Amos Taylor with 43.

The Presidents Cardinals managed to come from behind to chase down Hornby's 171 on a very poor Bradford Park wicket. After an early fall of wickets Craig Borcoski [57] and Phil Walker [46] got the game back on the rails and left it to Warren Guy with a quick fire 20* to bring the side home with four overs to spare. 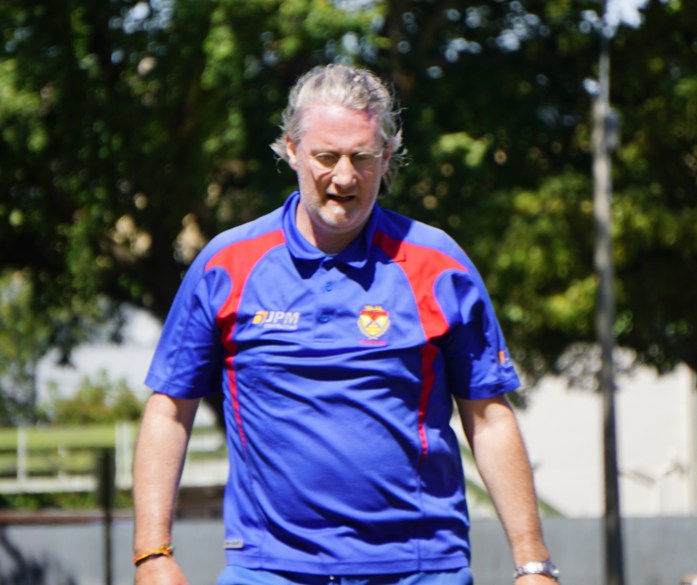 Craig Borcoski top scored for the Pressies with 57

One of the real highlights of the round came in the T20 Blue's match against Richmond also at Centennial. During their innings of 187/8, T20 Blue player Balkaran Singh struck 34 in one over [five 6's and then a 4 off the last ball] which must be close to a club record. They then held Richmond to 153/6 in their 20 overs.