Sydenham is down but certainly not out of the One-Day competition after a much improved showing against BWU on Hagley No. 5. Sydenham won the toss and elected to bowl on a well grassed but tired looking wicket and had immediate success.

The Gardner brothers picked up a wicket apiece inside the first five overs to have BWU on the back foot at 20/2. There was a small recover to 83/2, but then BWU lost 4 wickets in getting the next 14 runs as they tried to accelerate the run rate against the miserly bowling of Wallace, Hunt and Hooper. 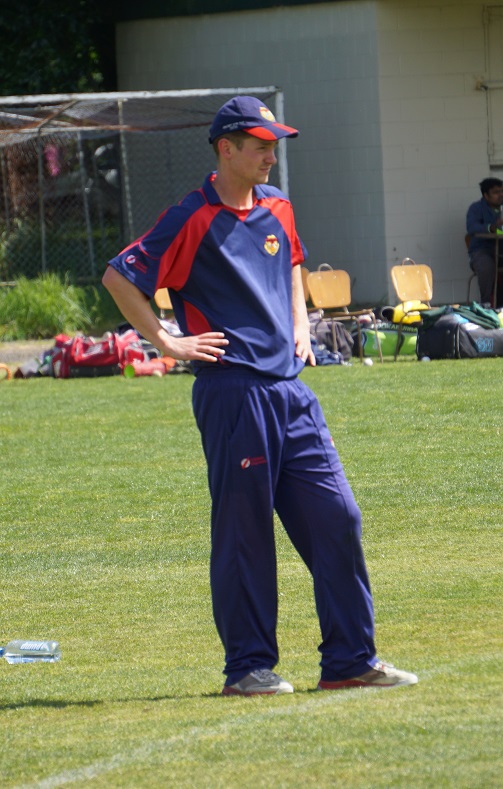 Although Mitch came back later to largely clean up the innings and got the bulk of the rewards with his 4/49, perhaps the two who bowled the best on the day were Jamie Hunt in his first match of the season, and Carl Hooper who rarely bowls a bad ball. Both got a wicket each but only went at two’s, as did Ryan Wallace, another who gave little away in maintaining the pressure. It was also another match where the considerable improvement in the fielding effort this season was again evidenced by three sharp run-outs at important times, rare ground fielding errors, and alot of excellent stops. 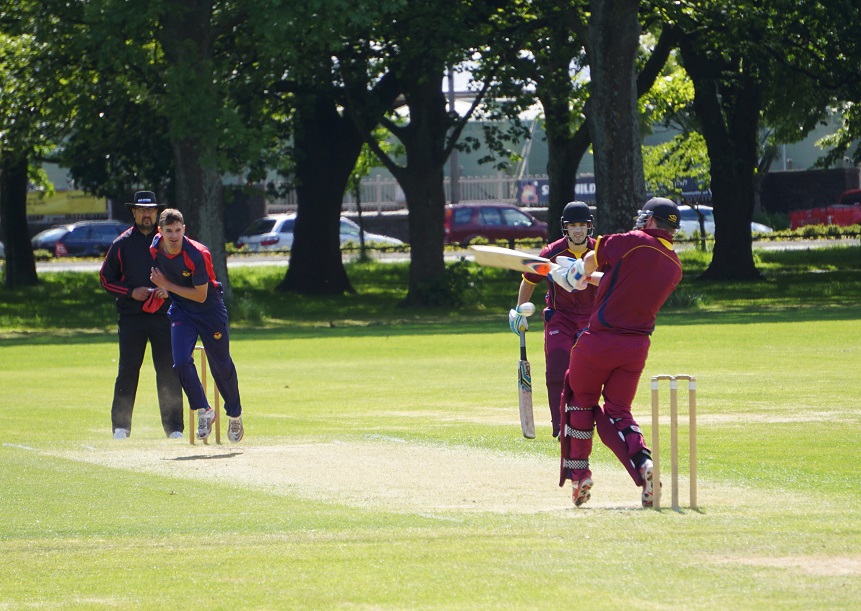 With the Sydenham batting boosted by the return of Chad Bowes filling in between Canterbury matches, both he and Dylan Goldstone got the run chase off to a great start with the first wicket not falling until 73 when Dylan departed for 26. Chad carried on and did much to secure the win with his 47 off 60 balls, but the subsequent and equally important 76 run partnership between Tom Hewison (35) and Ryan Wallace (37) certainly ensured it. In a way it was a surprise that both players didn’t finish it off, but after they both departed, and Lane Tutty shortly thereafter, Sydenham cruised home at 178/5.

This was an accomplished performance from the Prems who had started to look more than a little ragged in recent matches, and they have hopefully set themselves a new standard.

The 2As result and player stats are not reported 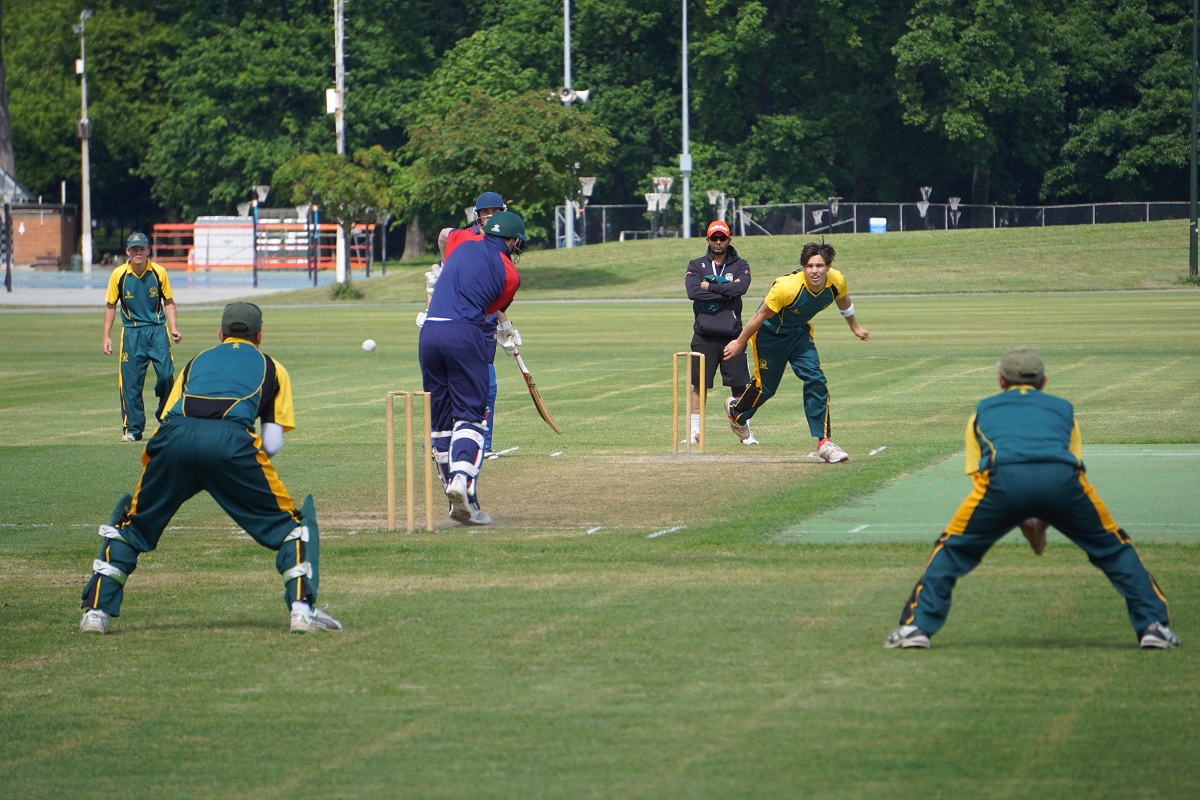 Both of the two other womans team had victories. The Division One woman beat St Albans at Bradford Park after batting first and scoring 66/7 from their 20 overs (Linda Pettigrew 19), and Saints only making it to 53/6 in theirs. Division Two also batted first and scored an impressive 196/7 off 20 overs (Sydnee Edwards 52 & Rosie Penecost 37), and then restricted Saints to 30/7 with Boedecia Lynch and Harriet Fletcher getting a couple of wickets each.

However, it was a very unrewarding day’s efforts for all of the lower grade mens sides.

The 2Cs Suddenly Sydenham had a tough day against Marist at Redwood Park losing by 7 wickets when Sydenham were bowled out for 86 batting first (Andrew Moulton 26), and with Marist comfortably got there three down.

The 3D Sydenham All Stars likewise probably got to see much of the Peru soccer and Tongan league matches after being bowled out for 73 against Southern Districts on Waltham Park. Christopher Reece’s 32 was the lone score in that total which Southern Districts then ran down with five wickets still in hand. 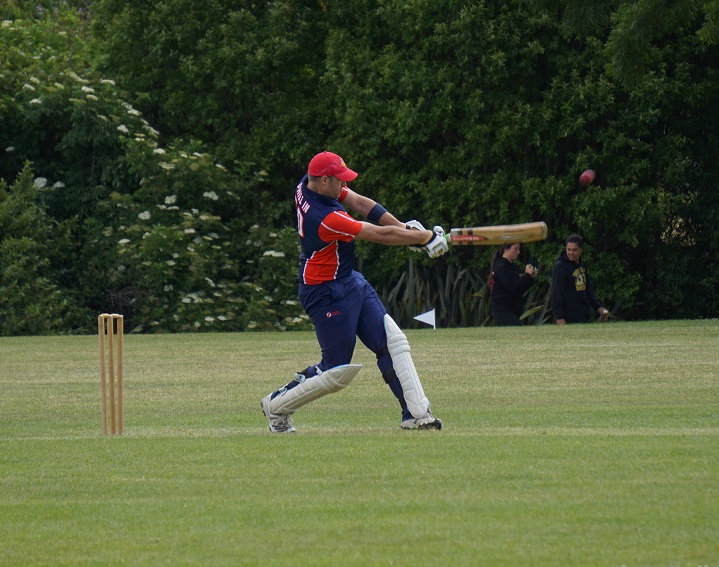 Struggling with injuries the President Cardinals had a bad loss on the unfamiliar Centennial Park. Batting first BWU posted a competitive 196/7 and in reply Sydenham were bowled out for 108 with Dave Hardy (23) and Matt Gilling (16) the best of a disappointing batting effort. 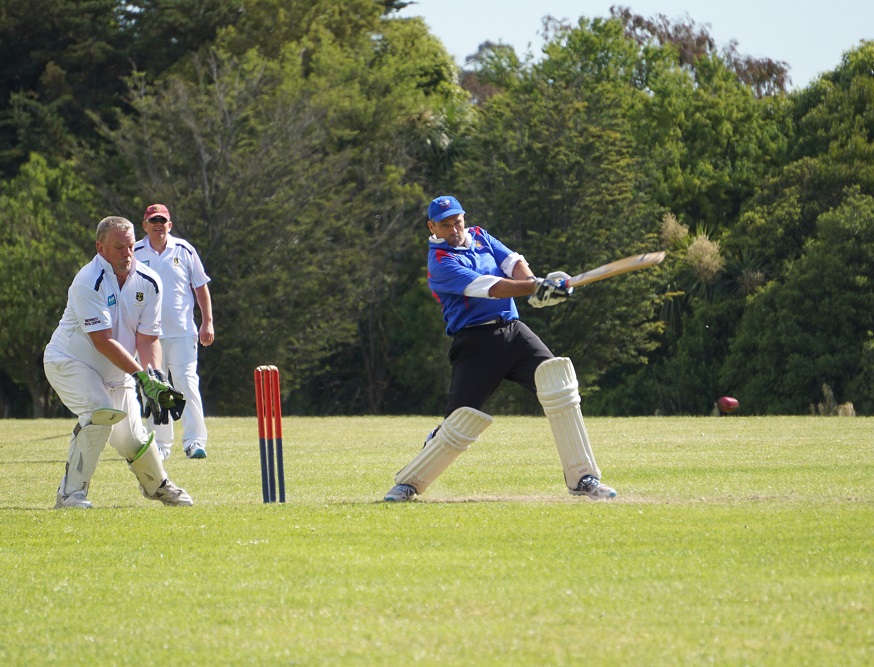 Newcomer Dave Hardy has been impressing for the Presidents

The improving Hospital side were unable to defend a good total scored against OBC-LP on Burwood Park. Openers Bruce Day and Abhaya Paudel got the side off to a great start with 94 and 53 respectively which took the team got through to an excellent 221/7. However, OBC-LP coasted to the total with 224/4.