A good all-round performance from Ryan Wallace, and a growing confidence in NZ conditions for young Tom Hewison, were the main features of the Sydenham Prems win over Marist Harewood at Hagley on Saturday.

On another tired looking Hagley 4 Tom Agnew lost his first toss of the season and Marist batted first on what was expected to be the better of the batting conditions. And although they started well enough to get through to 31 without loss, Ryan Wallace then clean bowled both openers, as Carl Hooper did likewise to the No. 4, and quickly Marist were 65/3. They tried to build from there but with both Wallace and Hooper in particular operating at miserly run rates that pressured the Marist middle order into mistakes, progress was slow and lacking partnerships of substance. Carl bowled impressively again with his 3/20 going at less than two an over, and when Ryan came back to capture the Kruger’s wicket for 49, it was he who eventually finished off the Marist innings for 177. 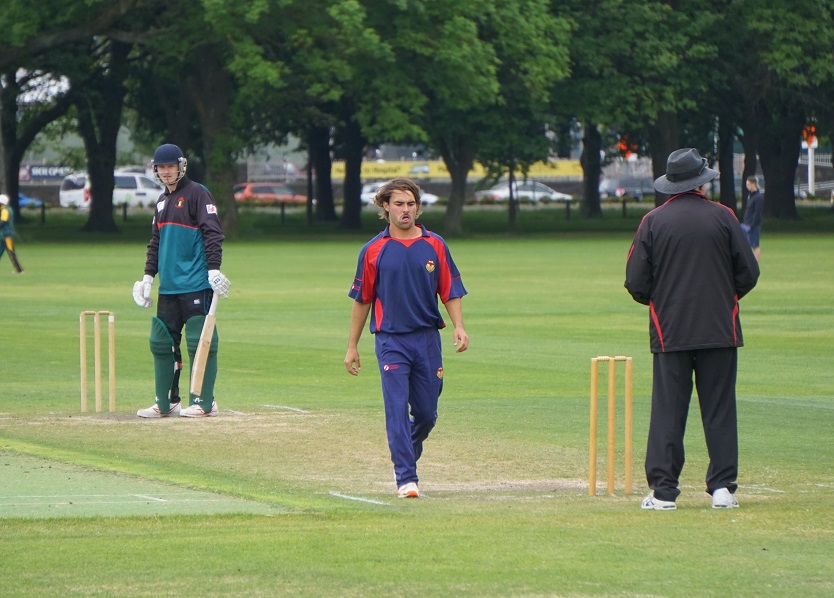 The Sydenham reply never looked troubled thanks to another solid display from Matt McCall. Matt set about the task at hand in a controlled manner and set up the innings with an initial 35 run opening partnership with Dylan Goldstone (26), and then ground Marist down with a 95 run 2nd wicket partnership with Tom Hewison. When Matt departed for 46 off 93 balls, Tom carried on to produce his best innings in his short career with Sydenham to date. 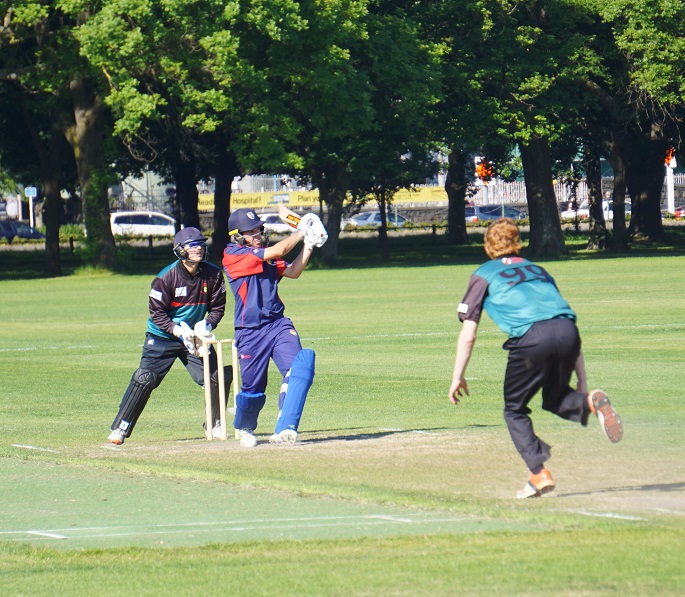 Ryan Wallace joined him at the fall of the second wicket and together the two of them dominated the remaining overs to coast Sydenham home at 181/2. Both players finished their innings in total command with Tom on 69* off 123 balls and Ryan 23* off 19. In fact it was a very good weekend for Ryan who also scored 119 on Sunday against the Canterbury U19s.

The win was the second polished performance from the Prems in as many weeks and they now move on to play East Shirley again on Hagley 4 next Saturday.

The Premier Woman were unfortunately unable to defend their 188 total against a St Albans side with its Canterbury players back on Elmswood 4. A fine 70 from Bernadine Bezuidenhout backed by two 19’s from Carolyn Esterhuizen and Jenna Waghorn set the match up as a contest, but despite Jodie Dean’s 3/37 and Carolyn’s 2/4 Saints reached the target six down.

The Woman’s Div1 didn’t play after being defaulted to by LP, and Division 2 lost to OBC after OBC scored 161/9 batting first and Sydenham only reaching 114/5 in reply – but good all round performance from Harriet Fletcher with 22 runs and 2/22 with the ball.

Unfortunately the 2As couldn’t back up from their exciting three run win over Riccarton on the same track the previous week when they lost Saturday’s match on Hagley 3 to BWU. The bowlers failed to contain the Burnside batting line-up that scored 233/8 off their 50 overs, and then apart from Finn Loader (37) and Taylor Irie (25), the Sydenham innings never fired and was bowled out for 110 by mid-afternoon. 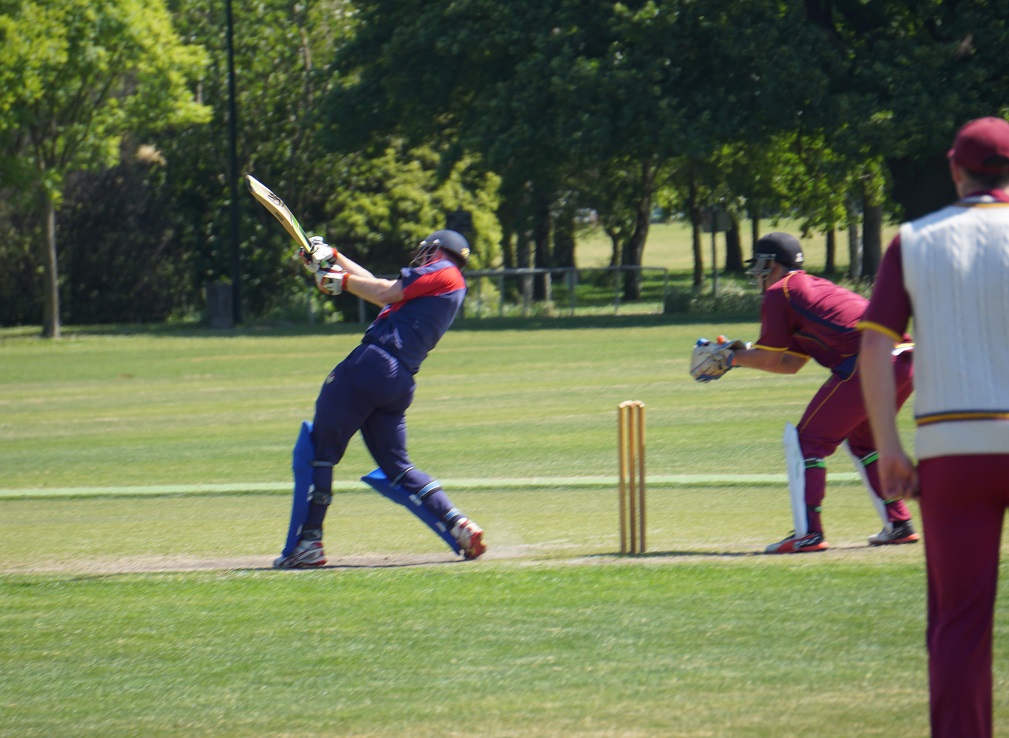 2C Suddenly Sydenham fared little better on Beckenham No. 1 against Southern Districts when they lost by eight wickets. Batting first Sydenham scored 104 with only Marty Crook with 24, and Daniel Unwin with 39 batting at No. 9, managing to get to double figures. Southern Districts then cruised home two wickets down both taken by James Simpson (2/22).

The 3D Cardinals had a default win, but it was harder work for the 3B Goats in their win over Burnside on Centennial Park. After some impromptu pitch mowing before the start of play, Tony Danenberg (31) and Jon Bennett (35) got the bulk of the runs as the Goats set BWU 138 to win. And then in a match that could have gone either way, wickets to Chris Douglas (3/14) and Jonny Shaw (also 3/14) saw the Goats home as they bowled out BWU for 125 and a 13 run victory.

Hospital unfortunately had a bye on the occasion of the President’s Day at Burnside Park. This is an annual event where the Burnside club do a brilliant job in hosting all the Presidents matches on the one ground and put on great after match session. However, the Presidents Cardinals didn’t manage to rise to the occasion losing by 5 wickets. A horror batting performance that only saw only Phil Walker (38 after suffering a blow to the face) and Dave Fleming (18) getting to double figures and thus setting Merivale Papanui an undemanding 89 for victory. Despite a batting order rearrangement, MP got home comfortably with Flem’s 4/18 the only highlight. 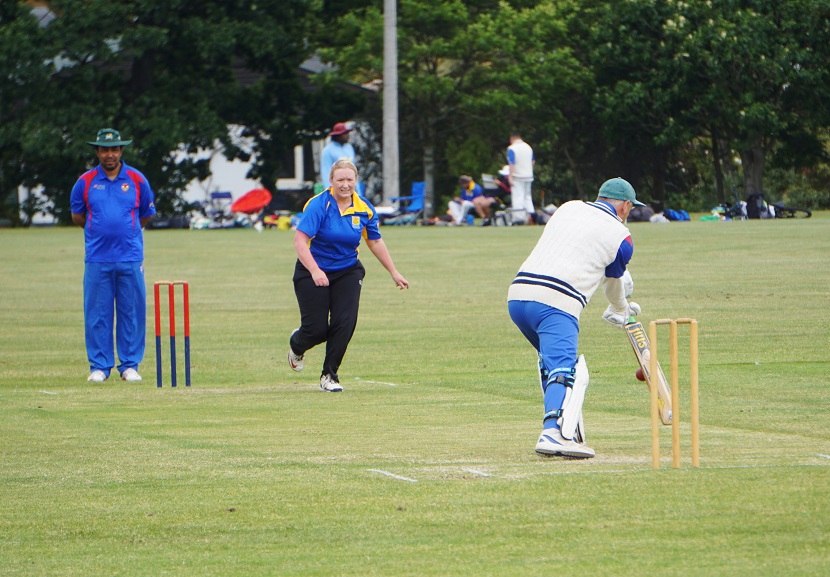 Presidents used to be an older man’s game