Sydenham has Small Advantage after First Day against BWU

The Prem men were in the somewhat stronger position after the first day of our match against Burnside West University at Hagley.

Tom managed to win an important toss and his decision to bowl first proved fruitful early. BWU lost their first wicket at 9 to Mitch Gardner, and then another three in the 30’s as Ryan Wallace set the innings on its heels. 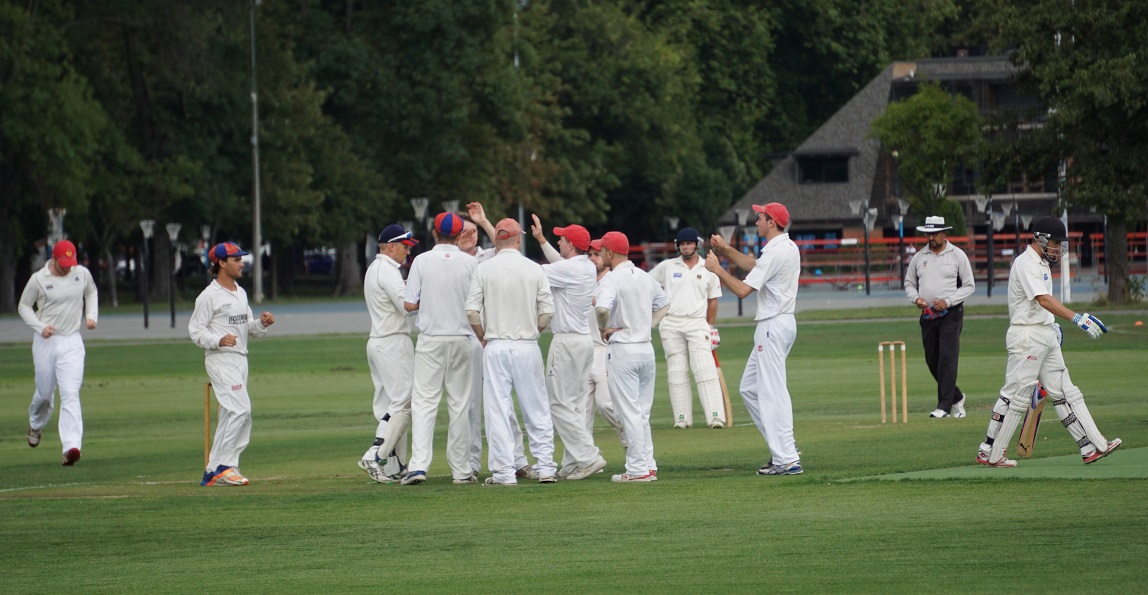 Excitement as the early wickets tumbled

Despite some assistance of at least a couple of dropped catches, at 55-5 it became a real struggle for BWU on a wicket that was clearly doing a bit and eventually they were bowled out for 96. The key bowling performances came from Mitch Gardner with 4-25 and Ryan Wallace 4-32. Also notable were the four catches taken by wicket keeper Lane Tutty.

With opener Dylan Goldstone getting a 35, the Sydenham reply started reasonably enough, but like the BWU one it was never able to get great momentum. Most batsmen got some sort of start, and that was the difference between the two sides on the day, but other than Ryan Wallace with 31, most batsmen were unable to construct an innings and get much past 10 runs despite the easier conditions in the afternoon. Eventually Sydenham were bowled out for 151 and BWU were15 without loss in the remaining seven overs before stumps. 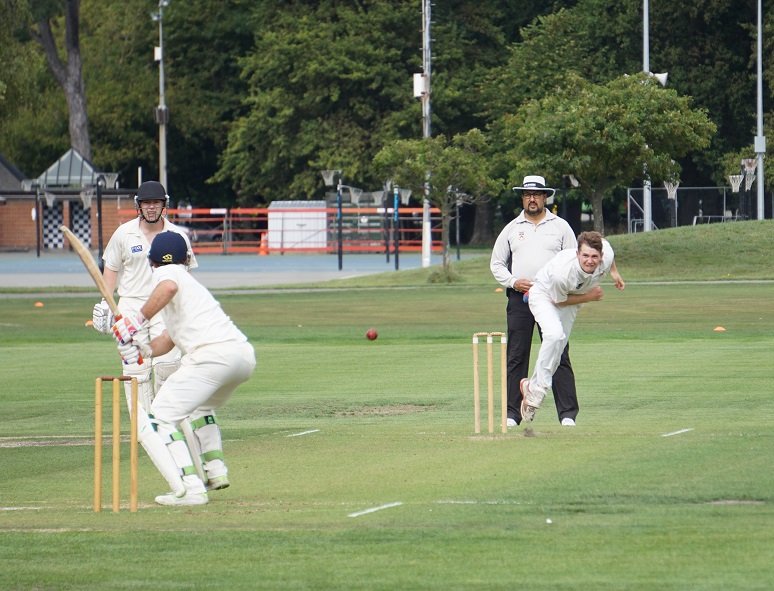 Mitch Gardner was the pick of the bowlers alongside Ryan Wallace

The match is now nicely poised with Sydenham only 40 runs ahead on the first innings and plenty for both sides to play for next week. 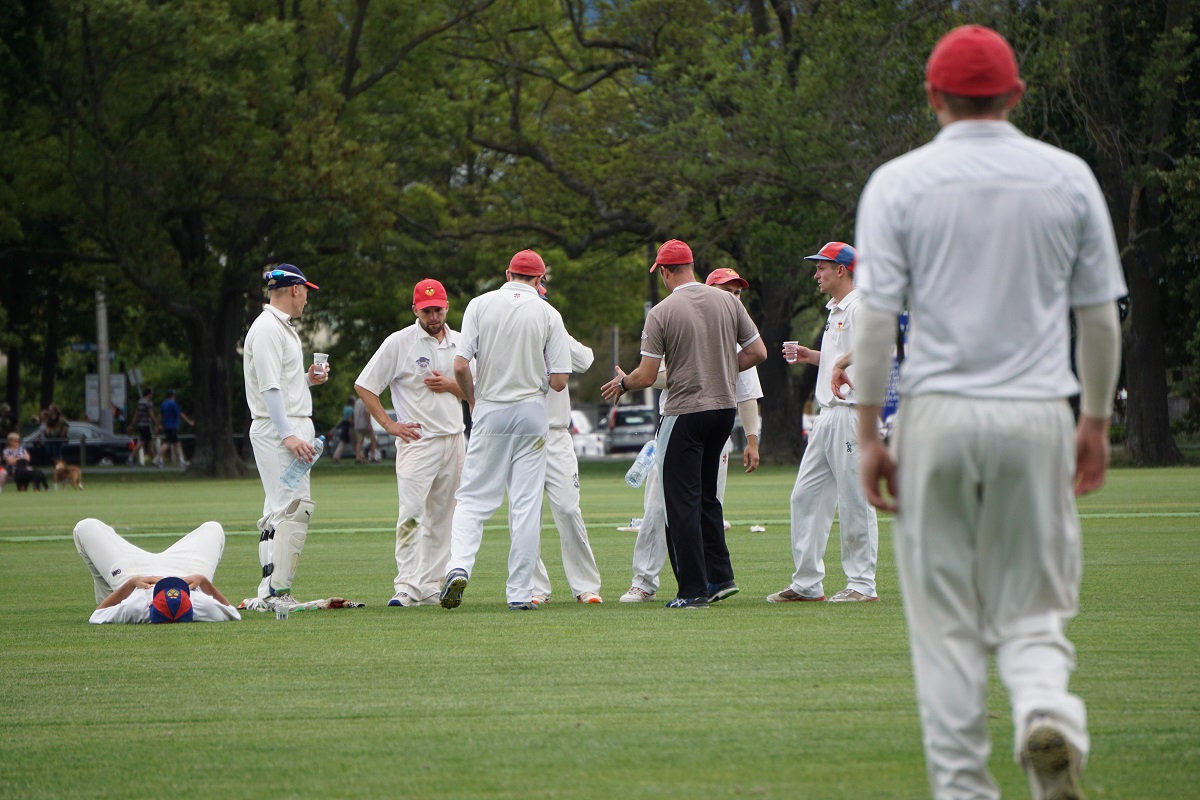 The Prem Woman had a great win over St Albans on Hagley 2. Despite having three current or Ex- White Ferns in their side in Amy Satterwiate, Tahuhu and Newton, Saints could only must 87 in their innings with Carolyn Esterhuizen (3/18) and Gina Aldersley (3/19) doing the damage (although Jenna Waghorn won’t forget clean bowling Satterwaite for 4). In reply Eve Jones (33*) and Bernadine Bezuidenhout (27) added salt to the wound scooting through to the total in just 11 overs for the loss of just the one wicket.

The 2As were behind modestly on the first innings in their 2-day match against St Albans at Hagley. Batting first Blair Brown top scored with 31 in Sydenham’s total of 136, and in reply Saints were out for 180 with Hayden Day taking 4 wickets. 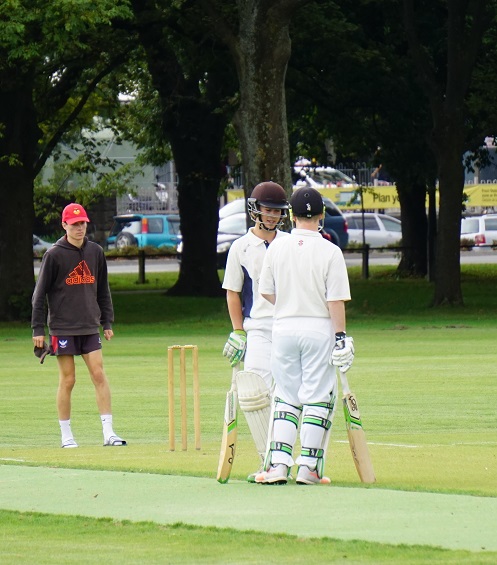 2C Suddenly Sydenham are in a strong position in their 2-day match. They won the toss and elected to bowl against Southern Districts. Michael Nicolson then bowled 14 overs straight to take 6-11 and shot SD out for 66. Patrick Wickes got 2-29 and Daniel Unwin 1-11 were the other wicket takers. Sydenham then scored 141 (Josh Morgan 32) and has SD 3-12 In their 2nd innings.

The 3B Goats had a loss when they couldn’t run down Marist’s 148 at Centennial Park. Alex Brailey (3/30) and Jon Bennett (3/16) being the best of the bowlers. In reply Jonny Shaw with 33, and Tony Danenburg with 32 were the main contributors as they fell 23 runs short when bowled out for 125.

The 3D All Stars were also on Centennial against New Brighton and came off second best. Brighton scored 176/7 in their turn at bat (Ben Potter 2/22 and Mark Flowerday 2/26) but in reply Sydenham collapsed to be all out for 59 with the consistent Abe Atherton (33) the only players to get double figures.

The 3D Cardinals had a comfortable win over Merivale Pap at Bishopdate Park. With their top three Geordie Dann (38), Chris Cooper (52) and Kieran Williams (62) all scoring well to get a top start, the side raced through to 217/9. In reply Nick Smithson’s 4/23 was instrumental in MP falling short by 56 when they were bowled out for 161.

The President’s Cardinals fell just 10 runs short of a win over BWU at Burnside Park. The Cardinals were set to chase down 214/4 (Dave Hardy 2/32) and off to a got good start from its top order with Anthony Wild (60) back in his best position at opening, and 39 from Mario Williams, 25 from Matt Loose (retired hurt for the 35th time in his career) and 22 from Ewen Spence. However, the run chase just faltered towards the end.

The team is well placed after their first day against a strong St Bede’s 3rd XI. After being put into bowl the Sydenham team chipped away with consistent wickets (Daniel Watt  3/18 & Preetham Pagadala  3/19 both off 8 overs, Archie Goodrick  2/29) and restricted St Bede’s to 120 in their first innings. In their first turn at bat Syd Youth 1st XI got off to a shaky start, but then batted well to gain first innings points and a handy 53 run lead. Joseph Wells (48) & Harrison Boyd-Tibbotts (40) led the chase with good support from Preetham (19), Orion Lynch (18) & Isaiah Prasad (17). St Bede’s had to face 6 overs prior to sumps and their strategy of reversing the order to protect their top order didn’t pay off too well with Sydenham taking 2 quick wickets – one from a great low level slip catch from Archie Goodrick and the other a direct hit run-out from Zaran Banoori.

After winning the toss and electing to bat the Sydenham Youth openers Dallas Crowe (31) and Rhys Thyne (30) set the tempo. Batting at #5 yet again Issac Milne led the way with an unbeaten 114* off 80 balls and didn't look like he was done at the end of the innings!! Jamie Ehau also weighed in with a quick fire 32 off 18 balls batting at 9 to get the team to a mammoth 296/7 off their 45 overs. On the return leg the boys were pumped and ready to knock over a disheartened boys high Toby Hull was the spare head taking 5/21 off 5 overs which ultimately led to boys high being all out for 78.

St Bedes won the toss and chose to bowl. We were happy as we would have batted in the hope of a longer game than last week. A new order with last weeks's batsmen either away (wicket keeper Jack) or at the bottom of the order to allow others a chance this week. A slow and steady start and then Jesse hit his straps until cruelly given LBW (plumb) by his coach. We continued steadily until Sam joined Brenna and both scored freely scoring 44 and 43 respectively. A last over flourish by Fergus pushed us to a solid 215/9. We started well in the field with Jessie (2wkts), Sam (1wkt) and Max all bowling economically, helping us restrict them to 102/5 after 20 overs - should be able to win from here! Wilson bowled a great 4 overs for 10 run spell but unfortunately missed chances cost us dearly - with Zack alone having 5 catches dropped off his bowling. It came down to the last over they needed 5 to win off 2 balls, but ending up 2 runs short on 213/7. Exciting Game played in good spirits. 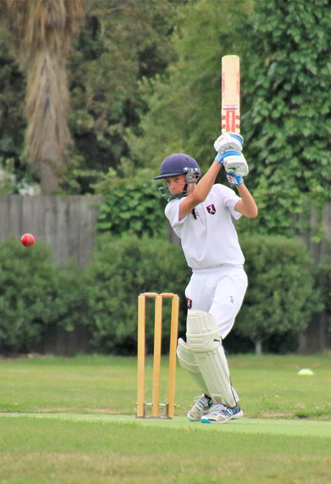 Sydenham played St Thomas’s and won the toss and elected to bowled. They got immediate reward with five batsmen falling in the first six overs and eventually bowled them out for 48. Best of the bowlers was Jacob (2/2 & Bryce).Sydenham cruised to win the game comfortably in the 9th over with Joel scoring 26.

Sydenham lost their match to St Bedes. Bowling first T Owens pulled a quad muscle after three tight overs and had to sit out the majority of the innings, and with another injured in the field and needing to leave, St Bedes were able to dominate and amassed a score of 242/7. In reply Sydenham lost early wickets and the run rate climbed to over 8 with 20 overs still to go. Some lusty hitting from O Smith (72 off 58) including 24 off of one over) saw the run rate drop but one lusty blow too many resulted in a top edge that the keeper easily snaffled and the innings was soon over and Sydenham Youth all out for 157.