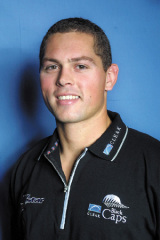 The Club is very pleased to announce that Matt Bell has been appointed as the new Sydenham Premier coach for the 2019-20 season. Matt will be well known to cricketers as a former Black Caps player from 1998 to 2008, and as a Northern Districts and Wellington player from 1993 to 2010.

Matt now resides in Christchurch working predominantly at Lincoln as a contracted coach for New Zealand Cricket, and is also currently the White Ferns assistant coach.

In this regard we are also delighted to announce that Tim Johnston has been appointed as the Premier team captain for the 2019-20 season. Although Tim is only in his second year with the club his leadership abilities have been clearly evident, and this change is a great development opportunity for Tim with his cricket.

So it is exciting times for the club with an outstanding leadership team of Chris, Matt and TJ now set to take on the new season. Some player recruitment has also been underway and we can confirm that Toby Mowat, a young 24 year old opener and English professional will also be joining the Club for the season (more to come on Toby later) - further player announcements are likely over the next few weeks.

To complete the structure around the senior teams, with Mike Dolden stepping back from formal responsibilities with the Club this season, a new selection panel has been appointed lead by Bill Nicolson as Conveyor, with his fellow selectors being Kevin Congdon and input from both Matt and TJ.